Andre Drummond (and Daryl Morey) can tell you, the NBA is just a business. Customer service, the folks need to be entertained, or we can't get paid. Giannis and Zion have gotta become household names as the NBA transitions away from the LeBron Era. If the NBA was predetermined on a chalkboard months in advance, I'd book Giannis and the Bucks to steamroll LeBron's Lakers in a 5 game series : a dominant home win, a slight home win, a road loss on a LeBron buzzer beater, a 10 point road win, and then a dominant home win. Establish Giannis as the new champion, at the height of his powers, cement him as a star, and build intrigue and television ratings based on the potential of a 2021 rematch. For 2021, I'm not sure how I'd script the Finals, but I can tell you I'd book Zion and the Pelicans to push the Lakers hard in a 7 game semi conference finals match up before losing. LeBron can help put over the younger guys.

Off the bigger picture, let's dive into some ephemeral observations about the post trade deadline landscape and the outlook for some of the mid card NBA teams. Whereas you could remember a conversation about the playoffs you had 5 years ago, if you read comments about a trade deadline from years ago it would be hazier. Here are some grains of sand:

There's a lot of analytics hipsters bashing the Cavs for trading for Andre Drummond, as if it's similar to the Knicks doomed win now off-season, and some of it's unwarranted. The declaration that centers like Drummond are DEAD is somewhat overblown: yes, centers who aren't unicorn(ish) are no longer star assets, and starting to see their true market value plummet ala the NFL running back 10 years ago. But Drummond can still be useful for a team that is objectively a bottom five free agent destination. Him and Kevin Love are both solid screeners and decision makers at the elbow who play low key and selflessly, and being able to run offense through their bigs should help Darius Garland pick up the tenor of the NBA a bit more. They're both kind of emo, they've both been made sad and mad by rotting on dysfunctional teams, I think they'll click. I wouldn't be surprised if the Cavs offense takes a leap and they finish 34-48 next year. This is all pretty on brand for Dan Gilbert, who stacked the team with veterans like Jarrett Jack, Luol Deng, and Andrew Bynum the last time LeBron left town in an attempt to sell tickets by keeping the on court product competent. If the Cavs had a young center they ought to be playing, this would be more objectionable. Drummond might be a dinosaur, but he's never had any measure of a supporting cast. I still think he could be a contributor on a winning team, but not at his current salary clip. His next contract ought to be in the 8-10 million range annually, and hopefully for his existential well-being it's a situation where he gets to shed the loser label and set harder screens and play with more defensive focus for a playoff outfit. As for the Cavs, the need for a competent lead guard and long term direction for the franchise remains foreboding, but the Drummond move isn't a dumpster fire on it's own.

The party is still on for the Thunder, as rumors of their purported seller status were vapor. Chris Paul is more of a 25 million player than a 40 million dollar one, but he's having an underrated FU comeback season. This team could absolutely sneak a playoff series win over Houston, Denver, or Utah. With almost a clown car full of future draft picks, they're in the same spot the Celtics were in after the infamous Nets trade almost a decade ago with two exceptions: they're not even having one nominal losing season the Celtics had, and they don't have a savant coach like Brad Stevens. I would have been buyers if I were them, maybe moving a future late first for a stretch big or a scoring jumbo wing, upgrades over Mike Muscala, Darius Bazley, and Hamidou Diallo. They have enough juicy picks to where trying to push for a playoff series win should be their directive, even if they lose the 25th pick in 2024 or whatever. Having Shai win a playoff series is worth a pick like that, you can't buy experience like that.

Robert Covington. Oh boy, can the Rockets really win with a closing five where no one is taller than 6-6? There's another team that has roughly the same title odds, i.e a puncher's chance, that might look to similarly increase their risk profile in order to score the knockout and that would be the Celtics. The Celtics preach ball movement while the Rockets are maybe a 2.5 man team offensively with Eric Gordon as the fraction. Stylistic differences aside, isn't Kemba-Smart-Brown-Hayward-Tatum the Celtics best closing five? Feels like something Stevens will lean on more than expected as a surprise tactic whereas the Rockets are showing their hand now. A Celtics/Rockets finals would be a Politics Of The Soul of Analytics: A Series Of Dialectics (no… analytics are likeable! look at how the Celtics share and like each other... basketball as a whole is just a means to and end to show the value of working together and look how beautiful it is when 5 skilled players share and communicate and the game is better now because theyre all allowed to show their skills everybody is a basketball player now they're not just pigeonholed the way they were in the 90s .wait… no… analytics are horrible I never want to watch James Harden dribble the air out of the ball for 16 seconds again this is depressing this is mechanical.....all these analytics nerds are just quasi racist fascist silicon valley conquistador bros who have turned a fun sport into some brutalized computer code because they have a god complex..and this is why our economy is horrible and why every major city is just a starbucks minimall and...and....), but it would be terrible for television ratings and the short term future of the NBA.

Karl Towns will be out of Minnesota in the summer of 2021. The 2021-2022 season will see him, Kevin Durant, and Kyrie Irving get bounced in the second round.

The Jazz still feel a bit out of sync. The Jordan Clarkson move was a head scratcher, and he's being given too much leeway during his minutes. It's unclear which two of Mike Conley, Joe Ingles, and Royce O'Neal figure into the Jazz optimal closing units. Rudy Gobert has commented on the team still feeling a bit awkward, and the lack of connection between Ingles and Conley has been notable. Conley would perhaps be best served anchoring what have been leaky second units, but this minimizes the necessary minutes the starting five needs to harmonize before the playoffs begin.

What about a franchise tag option for players 6’10” and over? Almost as a sort of apology for the swiftness in how centers who can't shoot are regarded economically. God is dead but his shadow will be shown in caves for thousands of years, i.e a guy like DeAndre Ayton is going to see himself as deserving 25 million a year when his market value if he doesn't start shooting threes is probably more in the 8-12 range. Guys like him have seen tons and tons of other low post bigs over the last 15 years be high on the cap sheet and the marquee outside, you're just going to accept that you're obsolete overnight. The tag can solve that....Ayton types can grab say 15 or 16 million for one season and save face by technically being the 3rd highest paid guy on a team, and their teams know they aren't locked in long term. 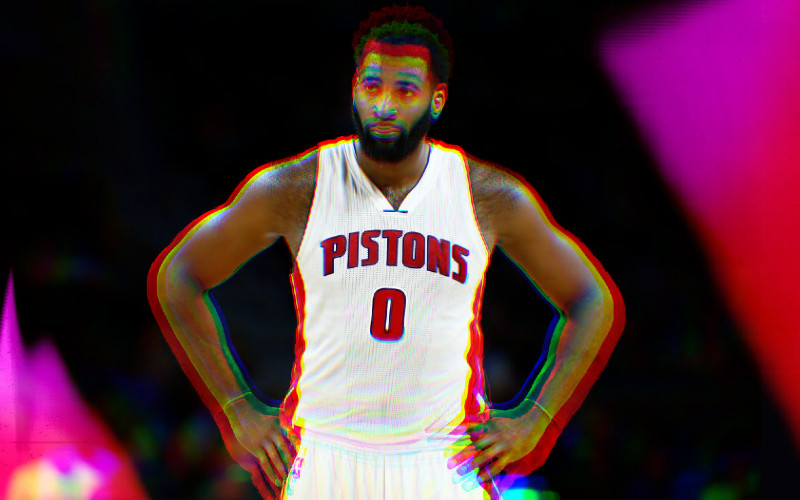