Losing Kyrie Irving is gonna hurt, no question. His pick and roll game is deadly and when his jumpshot is on, he’s nearly unguardable. His uncanny ability to bail out a stalled offense might be missed the most this season, as the Celtics will now have to rely on their younger guys and Kemba Walker to generate all of their offense.

But Kemba is about as close to Kyrie as you can get without actually being Kyrie… and that may actually be a good thing. He can get you like 85% of what Kyrie is capable of offensively and he doesn’t come with any of the emotional baggage. He won’t be taking passive-aggressive shots at his younger teammates thru the media, won’t create rifts in the locker room between players or coaches, and will be a generally more enjoyable dude to play alongside. Tatum and Brown need to make positive jumps across the board this season and Kemba will surely assist in their development more than Kyrie did. To me, replacing Kyrie with Kemba might actually be a net positive when you factor in all the off-court issues that are now removed from the equation… the bigger blow to Boston was the loss of Al Horford in free agency.

Horford was their anchor last year, continuing to prove he’s the most versatile center in the league. Offensively, he can stretch the floor, bang down low, and thread the needle on backdoor cuts to the rim, which allowed Brad Stevens to play him alongside any lineup and get creative with offensive sets. He could run 5-out, 4-out-1-in, horns, high screen and rolls, post ups, really whatever he wanted because of the versatility Horford brought to the table. And on defense, not only can he nullify every big in the league down in the paint, but his length and lateral quickness allow him to switch on screens and guard the perimeter as well.

Danny Ainge’s replacement for him, Enes Kanter, is essentially Bizarro-Horford. Where Horford provides versatility on both sides of the ball and can even be played in big lineups at the four spot, Kanter is more of a traditional big, who lives strictly in the paint. He can’t stretch the floor, isn’t a good passer, and often gets caught up in double teams, as his game is predictable and slow. When he gets the ball, he’s generally within 10 feet from the basket and is looking to body into his defender to create space and finish with a hook or layup. One-on-one, he’s a tough matchup for most centers in the league, but once help comes, he’s a bull in a China shop, prone to turnovers and forced shots.

Defensively, he’s an absolute disaster and has to be taken off the floor in high stake situations because of it. He never seems to make the right decision on pick and rolls and is prone to losing his man on cuts and puts up little resistance at the rim. He’s the anti-Horford, which is why his addition to the Celtics was so surprising to me. He’s the type of player Stevens dislikes the most; predictable big who can’t shoot or protect the rim. I know the big-man market was slim this year, but I think they would have been better off splurging for a Lopez brother or Vucevic, someone who could fit the Horford role at least a little.

My guess is that Stevens will only be playing Kanter 15-20 minutes a night and instead, have a rotation of three or four bigs who all get similar playing time from game to game. They still have Daniel Theis and Robert Williams and they just drafted Grant Williams as well, who could play some small ball five for them this year if they need to.

And speaking of Robert and Grant Williams, Brad Stevens will also have to rely on a lot of the young guys not named Tatum or Brown this year as well. First-round picks Romeo Langford and Grant Williams and even second-rounder Carsen Edwards will likely get some decent second-unit minutes this year because as the roster stands now, there aren’t any other enticing options to go with. Langford is an athletic guard who can’t shoot, again a very un-Stevens like player, so I think he’ll be on a shorter leash than Williams and Edwards, who seem to fit the Boston prototype a little more. Both guys looked good in the Summer League and seem NBA-ready so I wouldn’t be surprised if they work their way into 15-20 minutes a night by the end of the season.

While the Celts did lose a lot of offense this summer, in Kyrie, Horford, and Morris, I don’t think it’s the end of the world for them. Like I said, Kemba can give them 85% of what Kyrie could and now Tatum and Brown will have a little more elbow room as well. And you can’t forget that Hayward will only get better from last year, too. He was (understandably) tentative after coming back from the gruesome ankle injury the year prior and didn’t start playing like his real self until late in the year. If he can get back to his level of play in Utah, where in his final year there, averaged 21.9 points, 5.4 rebounds, and 3.5 assists per game, the Celtics would have three legitimate scoring options in himself, Kemba, and Tatum.

Defensively, I think they’ll be relatively fine as well. No Horford, but they still have lengthy, switchable team defenders, featuring some solid on-ball locks, like Marcus Smart, Jaylen Brown, and Jayson Tatum. Daniel Theis is a decent rim protector, so when Kanter’s off the floor, they should have enough of a net to cover up for any deficiencies Kemba Walker might have on that side of the ball. Though, it’s not like he’s that much worse of a defender than Kyrie and the Celtics ranked 7th and 1st while he was still in Boston, so I don’t see a reason for major concern there.

And while on paper, they are worse than last year, they do have a few things going for them. For one, the Raptors and Sixers also got worse and the East as a whole is still extremely weak. They’re still a head above the Pistons, Heats, and Magics of the league and I think they’ll be better than Brooklyn, Toronto, and even Indiana as well, will probably end up in the 3-5 seed range, behind Milwaukee and Philly. I don’t think it's far-fetched to think they could make a run at the Eastern Conference Finals, which would actually be a better finish than last year, though I do have my concerns about the team’s ability to score consistently in the playoffs, when defense really ramps up. But I think Boston will be better than most think and their biggest asset, Brad Stevens, will have a blast coaching this superstar-less roster. 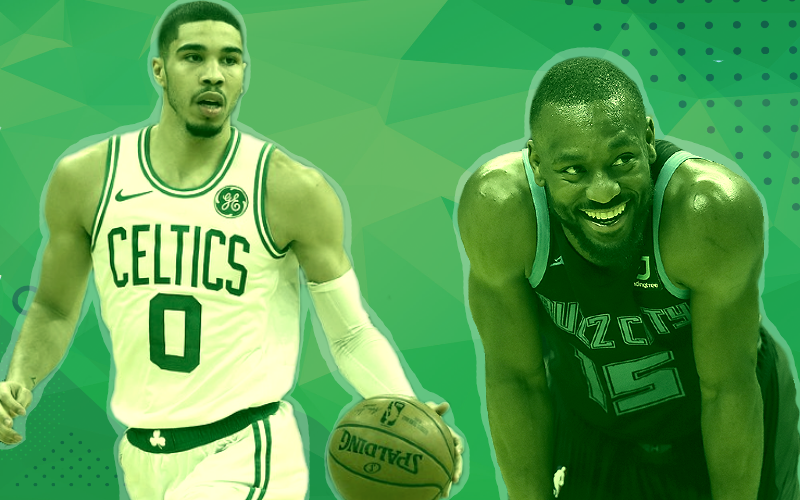